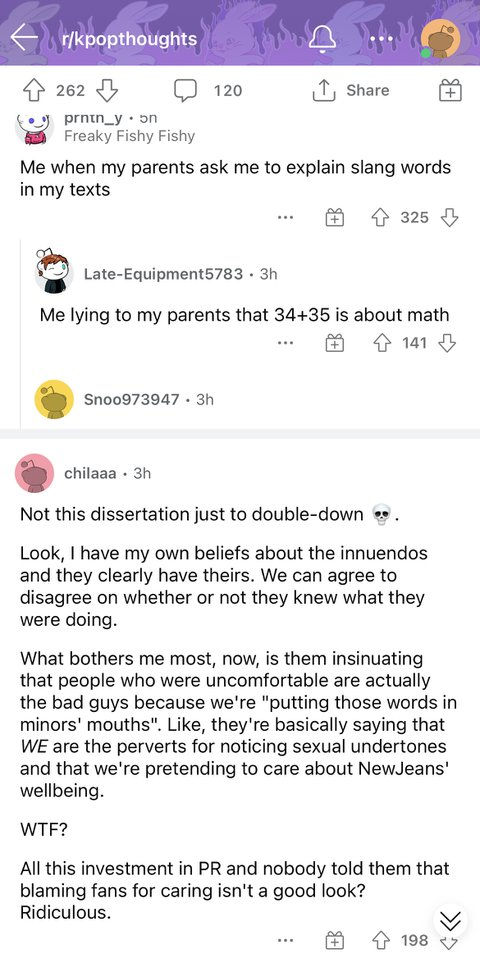 Aside from this, they are also saying how the experts they seek for are living under a rock and that they should get fired… those are the reactions..

You can judge for yourself

If you look at the company’s statement, it seemed like it was well-written…? Everyone who reads the lyrics have a different perspective so I think that’s why the controversy started. To be honest, nobody knew about anything when the song came out at first no?ㅋㅋㅋ Meanwhile, you guys were the ones who started gathering here, writing a bunch of Pann posts against them and tried to change the public’s opinion and it’s only then that people started disagreeing no? At first, nobody said anything but suddenly, it’s controversialㅋㅋㅋㅋ

I seriously didn’t understand the clarification. They are the ones who know the slangs so they should know betterㅋㅋ The foreigners are asking who those experts are and asking if they are Papago. They are asking them to reveal who are these experts