If you’ve drunk every single cocktail out here in Singapore, I applaud for you. But the hustling never stops thanks to these new drinks from some of the country’s top bars this October.

New this month includes Jigger & Pony, which launches the fourth edition of their magazine-like menu that revisits classic cocktails and signature serves, while The Old Man Singapore goes down the rabbit hole that is Ernest Hemingway with drinks that take cue from monumental points of his life.

From Nutmeg & Clove comes Chuan By Nutmeg, a new concept in collaboration with Si Chuan Dou Hua restaurant launched in October. Inspired by the eatery’s extensive tea collection, the bar brewed up tea-based concoctions as well as Happy Hour options like an ondeh ondeh highball.

Highballs also get riffed on at the Raffles Hotel‘s Writers Bar, where your standard whisky and soda gets an injection of beer. The hotel’s Long Bar is also hosting another of its Slingology series. The event involves the drinking institution teaming up with one of the country’s premier bars to hack the iconic Singapore Sling, and this time Atlas gets the nod.

Over at Tippling Club, the bar is shaking up its dinner menu with Scotch brand The Balvenie with two dishes made specially to be paired with their whiskies. Finally, the storied 28 Hong Kong Street is celebrating its 10th birthday by bringing back some of its most popular drinks.

Thirsty yet? Read on to find out more about what cocktails to drink in Singapore this October. 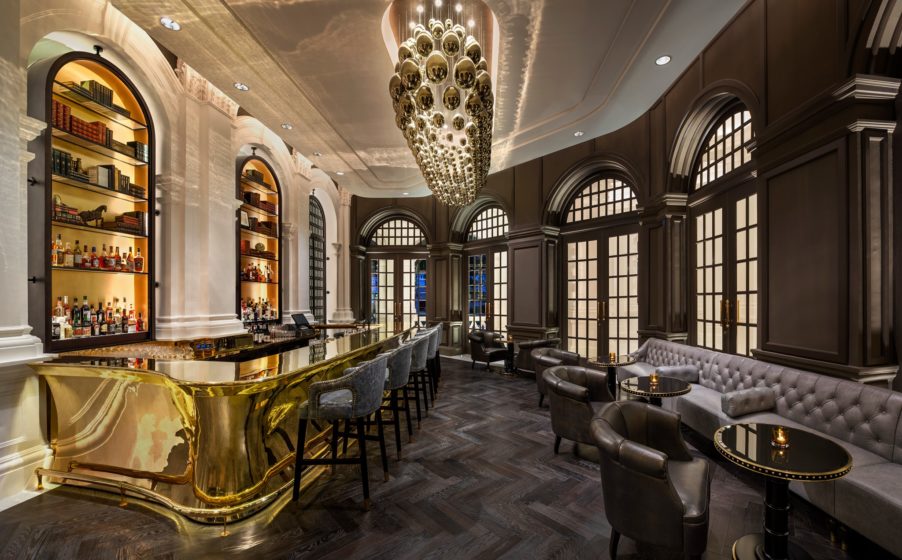 Writing has never been this glamorous (at least not in my experience) with Highball Heists 2, an evening of literary-inspired spirits and sodas at Writers Bar at Raffles hotel.

While I sit on the bus writing this, you can pretend you’re a much fancier wordsmith through six cocktails authored by Writers Bar head bartender Nicholas Alexander together with Kaustubh Singh Negi and Rachel Lim of The Old Man Singapore.

If gin is your poison, the Setengah Setengah combines the spirit with barley, malt and lemon, while the Death In The Gulf Steam blends it with toasted red rice and oat. Atlas shakes up the Singapore Sling at Long Bar

Also happening at the Raffles Hotel — this time at the Long Bar — is the third instalment of its Slingology series. The event is a monthly series that serves Singapore Sling-inspired drinks by some of Singapore’s top cocktail bars. This month, it’s Atlas.

Ranked at no.7 on the 2021 Asia’s 50 Best Bars list, Atlas rifts on the iconic cocktail by using Raffles 1915 Gin, green chartreuse, and elderflower to create the Green Perruches. You can also try two drinks from Atlas’s regular menu: the champagne vinegar Atlas Martini and the gin, mango, and clarified milk Baroque Pearl.

The collaboration with Atlas runs until 30 October, followed by Studio 1939 at Potato Head from 31 October to 27 November, and Junior The Pocket Bar from 28 November to 25 December 2021. 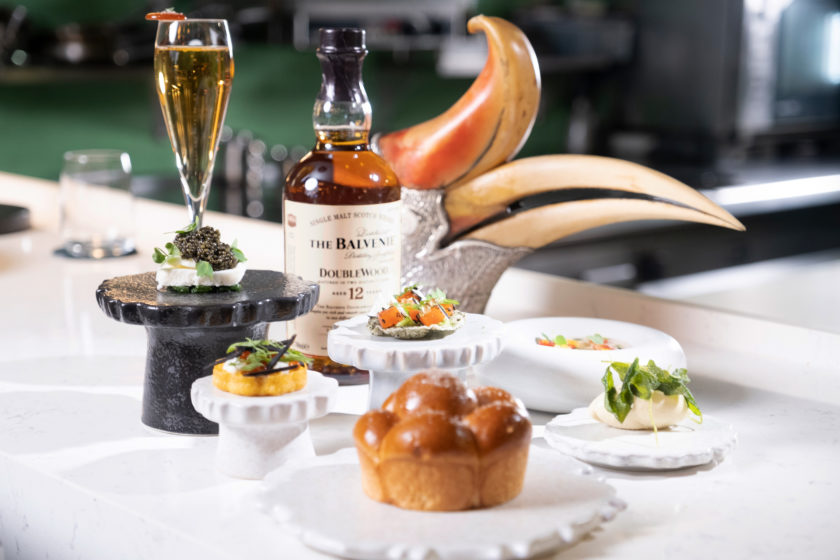 Drink your whisky and eat it too at this Tippling Club dinner from now till 1 November. Part of Scottish Highlands whisky brand The Balvenie and Michelin Guide’s Handcrafted By initiative, the meal involves a series of whisky-pairing dining experiences with different restaurants in Singapore.

For Tippling Club, the meal opens with an array of snacks including Parker House rolls smoked with peat from the Scottish distillery. Serve alongside is a stirred cocktail made using The Balvenie 12 Year Old DoubleWood, the brand’s flagship offering.

Whisky comes out again during dessert, which involves almond milk ice cream and ganache infused with liquid malt, then topped with smoked marshmallow and a wild fennel and dill blossom jam. With that you get a neat dram of The Week of Peat, Balvenie’s 14-year-old selection.

The two dishes are available as part of Tippling Club’s full dinner menu from now till 1 November 2021. Prices start from $385++ per person. Print isn’t dead, at least not at Jigger & Pony, which launched its fourth menu-as-a-magazine that doubles as it’s latest cocktail offerings. Titled A Decent Menu, it spans 62 pages covering over 20 cocktails that highlight “the storyline of our bar, bartenders and community, capturing the diversity of ideas that we stand for,” says head bartender Giovanni Graziadei.

Traditionalists can take comfort in classic serves like the Old Fashioned. It feels familiar with bourbon, demerara sugar, Angostura bitters, and maraschino cherry garnish, only the citrus wheel changes according to the seasons.

Jigger & Pony’s signature drinks are also preserved with minor tweaks. Their Supermojito, for example, is mixed with distilled lime juice over a clear ice block for a see-through cocktail. Nutmeg & Clove, the cocktail bar heavily inspired by the history of Singapore, embraces beyond its borders with its new concept Chuan by Nutmeg. Located on the 60th floor of UOB Plaza, the bar has partnered with Si Chuan Dou Hua  to offer drinks with a distinctly Chinese bend.

For their inaugural menu, they pay homage to the restaurant’s extensive tea collection through their tea-based cocktails. Sip on the Goddess Highball, which is built on a vodka base with tie guan yin cordial and grapefruit. My Pu’er Lady is a gin sour with pu’er, yuzu, and lemon, while Fancy Jasmine is a clarified milk punch with Jasmine tea and spiced rum.

If you go during 3pm to 6pm for their Happy Hour, they also serve El Presidente, a rum, orange curacao and dry vermouth cocktail, and the Ondeh-Ondeh Highball, which combines Compendium’s Ondeh Ondeh Soju with carbonated coconut. 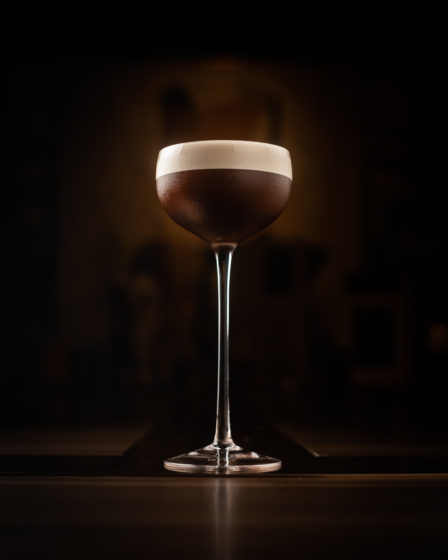 The Old Man Singapore delves deeper into Ernest Hemingway’s life with their V3 menu. Consisting of nine cocktails, each drink commemorates a significant yeear in the colourful author’s life.

Hemingway was born in 1899, and the bar celebrates his birth with the soy milk kefir and pandan #1899. He published the seminal The Old Man and the Sea in 1952, which inspired reposado tequila, sous vide capsicum distillate, and orange liqueur-based #1952.

For the book, Hemingway was awarded the Nobel Prize for Literature in 1954, and the bar created a sloe gin, juniper distillate, pine, and rosemary number in homage to the awarding panel’s roots in Scandinavia. 28 Hong Kong Street, the bar that pioneered Singapore’s foray into the craft cocktail scene, is celebrating its decade of existence with a menu of its best selling drinks.

Available from 25 October to 30 November, the Greatest Hits menu offers five tipples that remind revellers on what they spent too much money on.  Been there in 2011? You might remember Whore’s Bath, a manuka honey infused vodka drink with umeshu, pear, pickled ginger, and lava salt. Visited in 2008? The whiskey, port, and amaro Literate Lass was probably on your bill.

If you can’t make it down to 28 HongKong Street, the bar is also teaming up with some of Singapore’s top watering holes including Sago House, No Sleep Club, and Barbary Coast to offer three 28HKS best-sellers on their menus.